He does it again… 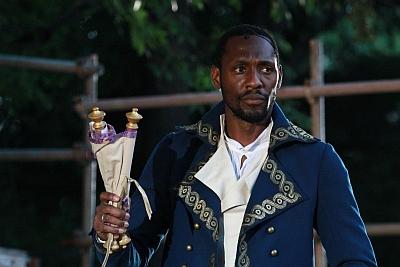 Trinidad-born model Paul Pryce, once proclaimed the Sexiest Caribbean Man on the Oprah Winfrey Show, is now earning accolades of a distinctly different kind as a critically acclaimed Shakespearean actor, Rhondor Dowlat reports in this article for Trinidad’s Guardian.

Last month, he earned rave reviews for his stirring portrayal in the lead role of Shakespeare’s Pericles, produced by the Elm Shakespeare Company of Connecticut.

It is the latest professional triumph for the Yale Drama School alumnus, who traded the runways of New York and Paris for the floorboards of the off-Broadway stage within just a few years of his stunning international debut on The Oprah Winfrey Show in 1999.

Back then, Pryce was a working model in T&T, and signed to the Coco Velvet Model Agency, when word arrived that the 1999 season premiere of The Oprah Show would take place in the Bahamas, and included a competition for…

How to Run Your Business on a Mobile Platform Jason Bowden

Growing your business means expanding your customer reach in the mobile platform. The use of mobile applications offers marketers new and more profitable opportunities to market their products and services without the geographic boundaries. Whether you are a small local business, you can now reach customers across the globe through the mobile marketing for business. The advent of mobile technology introduces a more innovative way by which businesses are able to market their products and interact with customers through the mobile platform.

Why your business should be optimized for mobile marketing

Small to large business firms are making their business more mobile marketing savvy because of the growing potential of expanding their market reach. Here are the good reasons why you should run your business on the mobile platform too.

Local businesses are tied down in marketing their products to…